Jack will be on Bob Fass's show on WBAI-FM in New York City on Thursday, September 27, 2007. The show starts around midnight, so it will actually be the early hours of Friday, September 28. 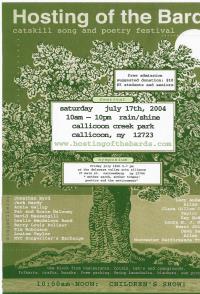 Hosting of the Bards Festival

The Hosting of the Bards, a Catskill Song & Poetry Festival and Symposium, will take place again this year on July 16 and 17 in Narrowsburg and Calicoon, New York. For more information, see www.hostingofthebards.com.

Suzanne Vega's recording of Jack's song "St. Clare" will be part of the episode of Felicity that will air on May 1st.

Update May 2, 2002: Information on the episode and an mp3 of Suzanne's version is available at the Felicity Tunes web site.

Jack's own version of the song in a recent concert may be heard at Jack Hardy in Performance.

An interview with Jack will be broadcast on World Cafe on March 7th. Check the World Cafe web site to find local station(s) that carry the radio program.

As reported in the December 24, 2001, New York Times, Jack has won the eviction case brought against him by the owners of his rent-stabilized apartment apartment in Greenwich Village. The apartment has served as the meeting place for the weekly Songwriters' Exchange gatherings for some 18 years.

Jack has expressed his thanks and appreciation to everyone who helped in this struggle, including those who supported the November 2000 benefit concert.

Jack's brother Jeff is missing and presumed dead in the New York City World Trade Center tragedy. Jeff played bass on many of Jack's albums, as well as on many of the Fast Folk recordings. He toured in Jack's band for 11 years.

In recent years Jeff worked as an executive chef at Cantor Fitzgerald, on the 101st floor of the north tower.

Anyone wishing to make a donation in Jeff's memory may consider the Windows of Hope Family Relief Fund, which provides aid to the families of victims of the World Trade Center tragedy who worked in the food service profession throughout the complex.

A Page for Jeff

Jack was one of three winners of the Songwriters Contest at the Wildflower Festival in Richardson, Texas, on May 19, 2001. He was recognized on the strength of two new songs, "Autumn" and "Ponderosa and Pińon Pine." The other winners were Rachel Bissex and Josh Lampkin. 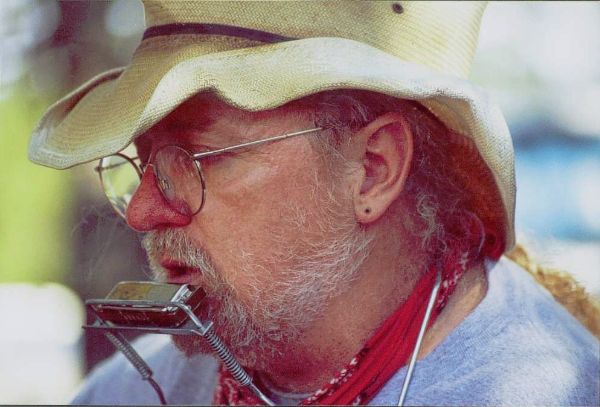 Jack is spending two weeks in late May/early June at the Kerrville Folk Festival in Texas, as he has for many years. Alan Rowoth has posted a photo that includes Jack on his Kerrville 2000 page.

Jack will perform during the annual open house at Leslie Blake's Back Home Studio on Sunday, July 8th, 2001, starting at 10:00 a.m. The studio is in northwestern Pennsylvania.

Local Press Clipping on the Event 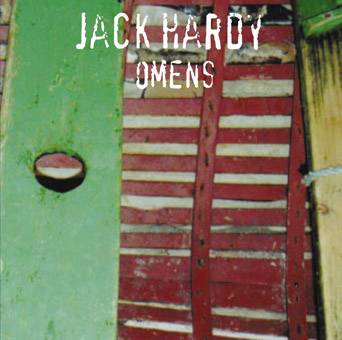 Jack's new album, Omens has been released by Prime CD. Four top musicians play with Jack on the recording:


The album includes many songs that Jack has been playing at his 1999 shows:

As a bonus, the CD also contains, as a "hidden track" before the first song, a 19-minute interview of Jack Hardy conducted by Suzanne Vega in December of 1999.

Lyrics and soundclips are available on the web site.

Omens may be ordered by calling 1-800-PRIME-CD.

In 1997, Jack performed "Willie Goggin's Hat" and "The Zephyr" at Falcon Ridge.

Jack Hardy's career and contributions are profiled in the May/June/July 1997 issue of Sing Out! (vol. 42, no. 1). The issue also includes the words and music for "Morgan's Dance," a song from The Passing.

On the weekend of February 1st and 2nd, 1997, Jack Hardy was presented with The Annual Kate Wolf Memorial Award at The Birchmere (Washington, D.C. area). Among the previous winners were Nancy Griffith, Tom Paxton, and Christine Lavin.


I will just pass a long a few notes from this past weekend's South Florida Folk Festival. The weather was good with just the threat of rain, temp. in the mid 70's.

The national songwriting contest had some very good entries. 145 entrents with 2 songs each, finalist at the festival whitteled down to 20. The overall winner was Jack Hardy (the Jack Hardy). He is automatically invited to next year's festival, and according to Jack, it will be the first festival he has been invited to play at.

I am really proud of the efforts put into this 6 year old festival. 4 stages with quality acts throughout the day and a mainstage with, among others, Tom Prasada-Rao, Rod MacDonald,Penny Lang, Small Potatoes and Andrew Calhoun. Jack Hardy performed (with Wendy Beckerman) as winner of the contest on Sunday.

These sets make available Jack Hardy's early and out-of-print albums on CD for the first time, and include his more recent albums, some of which have never been released in the U.S. Lyrics and liner notes for the albums are part of the package.

Several of the CDs contain bonus tracks that were not available on the original albums.

One may order from Fifty-Fifty Music.